On the beginning of May 2017 something remarkable took place, 18 cute and little bambis visited the amazing people of AEGEE-Nijmegen. What made this event even more amazing, was the fact, that also 3 roaring lionesses from Italy joined the exchange. Sadly, the dinosaurs couldn´t make the way to this beautiful place.
The Bambis started with a nice road trip that took about 6 h and arrived at the sleeping house in the end. As the lionesses have arrived they started to get to know each other and played some games. After dinner the bunch of animals mad their way to the Citi center. Fortunately, every participant survived their first ride with the bike in the Netherlands. In the city center a silence memorial walk took place, which the group joined and afterwards they went to a brewery to taste the self brewed beer there. For those who still wanted to continue the party, there was the possibility to go to a bar nearby. 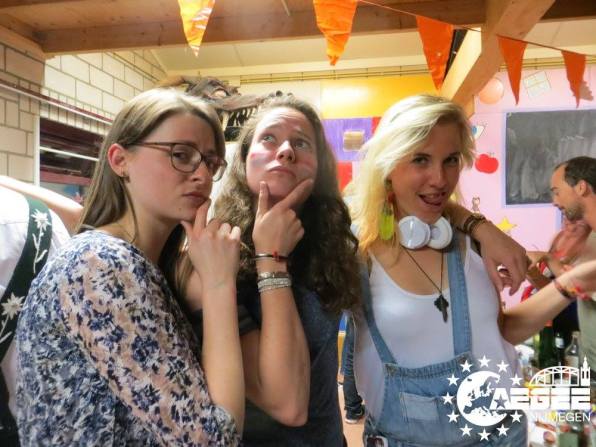 On the second day some games were on the agenda between breakfast and lunch. After the lunch the AEGEEans set out for Wageningen where the whole town was one big party to celebrate the Dutch liberation day. Everyone really enjoyed the festival and some hardly got the last train back to Nijmegen.
Saturday the breakfast was one hour later than on Friday, a very wise decision of the organizers. During the city tour and the following free time in the beautiful city of Nijmegen everybody was able to get the atmosphere of this lovely place. And after making their own Stamppot, some participants already felt a little bit Dutch. In the evening the compulsory European night took place and everyone had a real nice party.
On the departure day the organizers prepared some old dutch games for the participants and then it was already time to say goodbye. The exchange was an amazing experience for everyone who joined it and got the spirit of it.
It´s really remarkable that only 70 years after the second world war young people from Italy, Germany and the Netherlands can come together, commemorate together the victims of this war and enjoy their time together not just as visitors and local people but as friends and Europeans.
#somecalliteuropewecallithome